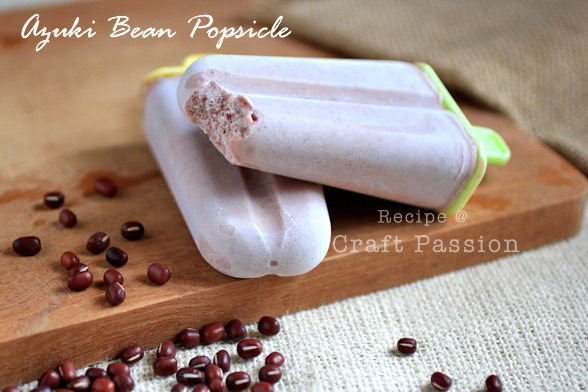 Red azuki bean popsicle has been my favorite luxurious treat in childhood days… the creamy coconut milk with wholesome red azuki bean fragrance is just unforgettable… In recalling my faded memories and sharing this old-time treat with my husband and kids, I made this azuki bean popsicle. The husband said that “hey, it has the taste of my childhood too!” 🙂

Get the recipe and method to make this creamy red azuki bean popsicle after this jump. 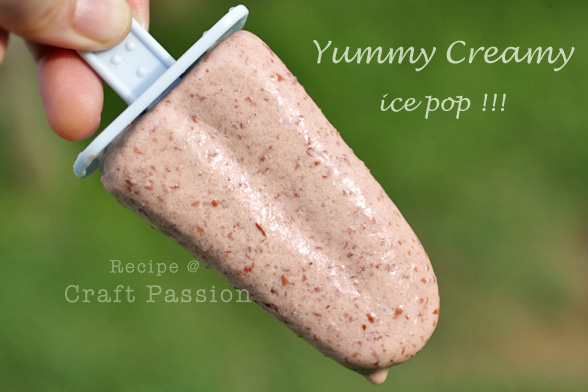 A little background of this traditional red azuki bean popsicle… The taste of this red azuki bean popsicle is similar to “AisKrim Potong” (Cut-Out Ice Cream in the Malay Language), a traditional homemade dessert treat that is hardly found nowadays. Those modern mass production and commercially available in the grocery stores are not counted, they are not homemade and don’t taste exactly like homemade with natural ingredients.

In the olden days, AisKrim Potong is sold by an ice-cream man (normally the husband of the homemade ice-cream maker) with a distinguishable umbrella and ringing bell on his motorcycle or bicycle. He usually comes around the same time every day, stops his bicycle at the same spot, and ringing his bell to call his little ice-cream fans who would rush out from their home with some coins on their hands.

He serves his little fans by cutting a small paper carton of hard ice cream into a rectangular shape, either insert it in between 2 rectangular wafers or, insert a wooden stick to the ice cream, peel away the remaining carton paper and give it to his fan with an exchange of 10-20 cents (some 30-40 years ago). There are several flavors in AisKrim Potong, Red bean (azuki bean) is the most popular flavor among them, other flavors like durian, corn, jackfruit, and other tropical fruits are as tasty too.

In the olden days, we don’t have plastic popsicle molds, instead, we filled popsicles mixture into long narrow plastic bags. Then, we just tie a knot to the popsicle bag so that the mixture won’t flow out when placed horizontally in the freezer.

When the popsicles are all frozen up, we just cut away the knot, slide the popsicle out a little…. lick it, suck it or chew it, whichever way we like and don’t have to bother how other people look at us. We can even cut the popsicle into half if one feels that a whole stick is a little too much for them. I find that the popsicle bag is very handy and has a good design to suit the hot weather, it holds the liquid when the pop melts and after you have finished all the solid you go for the liquid 😉 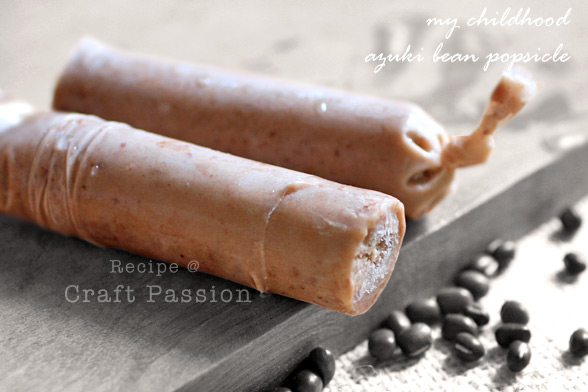 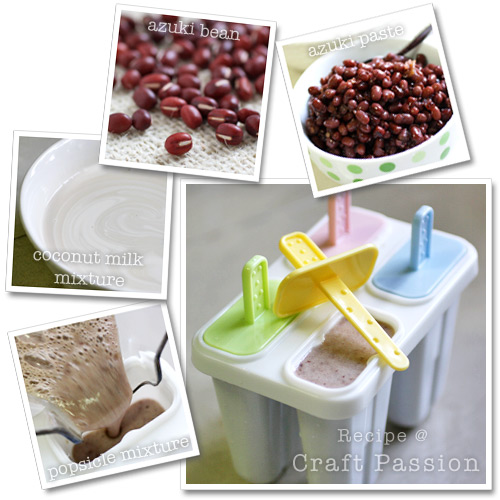 1. Wash azuki beans with water and boil them in a saucepan or small pot full of water. Once boil, drain them in a colander.
2. Put the beans back in the saucepan or small pot, boil them again with water just enough to cover them. Simmer until the beans are soft and absorbed all the water (pour away excess water if you have too much). It may take around 30-60 minutes. Keep an eye on them when simmering so that they won’t get burned at the bottom. Add water when necessary. Pre-soak azuki beans (about 3-5 hours) may take lesser time to cook.
3. Stir in sugar and cook with low heat until the sugar has dissolved. Set aside to let it cool.
4. Mix coconut milk and evaporated milk in the blender.
5. Add salt into the mixture.
6. When the azuki bean paste has cooled down to room temperature or cool enough to touch, measure 250 grams to add into the blender.
7. Blend the mixture to mix well and add syrup to your preferred sweetness.
8. Pour the azuki mixture into the popsicle molds and place the sticks into the molds.
9. Place the molds into the freezer overnight.
10. Served chilled.

1. You can use canned chunky azuki bean paste or red kidney bean paste too but it will taste a little different.
2. To shorten your preparation time, you can always precook the azuki bean and refrigerated it until ready to use. What I usually do is to use left-over azuki beans from my azuki bean soup tong sui.
3. If you prefer to have chunky azuki beans in the popsicle, don’t blend the mixture with a blender. Use a fork to mash it a little so that it won’t get harden as a bean when frozen.
4. The taste of sweetness decreases at a lower temperature, so add a little more syrup to the mixture to make it a little sweeter than you want. 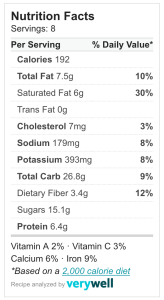 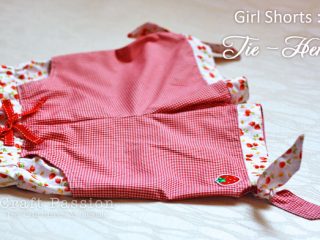 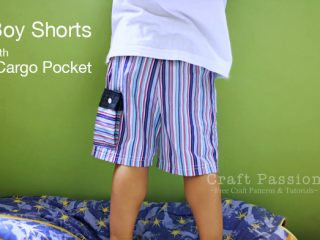 Red bean Azuki Popsicle is the milky creamy ice cream with coconut flavor. I made this recipe and it was very tasty and it becomes child favorite dish.

I grew up in NY with several foster sisters and brother who were from Vietnam. They introduced us to the adzuki/coconut milk desserts. It is a taste of my childhood, too! Thank you for this recipe. I never thought to put the combo into a popsicle. And I love your plastic bag idea, too. Thank you for this post!

I love using the Azuki beans in different dishes, adding flavor and fiber. But never thought to make a sweet treat from them. I will have to try this as a treat for my grandkids this summer. I hate giving them the commercial chem and sugar laden things from the stores.

I am a sure they will love it!!! we love to use azuki beans for dessert and cakes :) Enjoy your summer!!!

When you say syrup, what kind are you referring to? I love azuki beans cooked with brown rice ;-) My daughter in law is Chinese and I would like to make these pops when they come to visit in October as a surprise for her!

The syrup I used is melted sugar, either from bottle or you can just boil the sugar with some water to melt it. The syrup is only to add sweetness to the mixture, please don't use flavored syrup or else it will take over the natural zauki bean and coconut milk taste. May I know where is she from? Please let me know how she responded with this pop!!! Just curious :)