After being inspired to do sea sock animals in my previous tutorial, I thought Nadir the sock narwhal would be a little lonely in the craft room. So I made a few alterations to him and ta-daaa, please welcome sock shark stuffed animal, Solo.

Sock shark, Solo, is about 9” long and sewn from a single adult ankle sock (so with a pair of socks, you can sew 2 sock sharks!). Aside from that, you will need a scrap of white felt, button eyes, and yellow embroidery floss, and some polyester filling material to shape the shark. You can use the free sock shark pattern template in the tutorial below to make the sewing easier. After correctly padding this shark toy, you will find that it makes a lovely baby soft toy gift for newborns.

scroll ⬇️ to get the free pattern & tutorial

You may be thinking, “oh boy, I’m too scared of sharks to sew this one.” After movies like Jaws, yes, it’s very natural to be afraid of these swimming creatures with powerful jaws and a big wide mouth full of sharp teeth.

Sock shark Solo is the opposite. He is soft and huggable, and his big, wide mouth is actually widely smiling at you! Yes, sock shark Solo wants to be your new friend. And now, he can be your new craft family member.

Solo lives in the big, big oceans which are home to his food, like smaller fish. He has one favorite spot in the ocean that he loves to swim around and around in. It’s the seabed somewhere near the Gulf of California, where the reefs are all underwater and there are plenty of underwater caves and ridges to dart around.

That’s exactly what he loves to do – dart around, sneak here and there, flitting from cave to cave, and test himself to see how fast he can swim from one point to the next. Sometimes he is alone, but today, he is with the sock narwhal Nadir whom he befriended recently.

They look like twins, actually. If not for Nadir’s unicorn horn, they could pass off as brothers. In reality, they are not even related. Solo is a shark while Nadir is in the whale family, but they love living underwater together in harmony.

Right now, they are swimming lazily side by side. Sock shark Solo flicks his tail left to right as he navigates even deeper down to a cave. “Look here,” he says to Nadir over his shoulder. “This cave looks interesting. It has shimmering lights and there’s music too.”

“What’s going on?” Nadir asks curiously. “Let’s go see.” And together they swim towards the cave. As they get closer, the music gets louder and now, right at the entrance, they can hear the buzz of voices too. It’s an underwater party, woohooo.

They enter the cave and immediately get surrounded by smells of wonderful fish sandwiches, moss biscuits, and algae cocktails, served by fast-swimming fish and octopus. There is a big banner at the front which reads “UNDERWATER FESTIVAL”.

Solo is so excited, that he turns to Nadir and says, “Let’s have fun!”.

Nadir nods his head and together, they make their way right to the center of the dance floor, where they bump into their neighbor, Pixie Penguin Stuffed Animal who is just as happy to see them. How wonderful! Now they all have friends to party with.

Use my free shark sewing pattern below and have fun sewing sock shark Solo today. If you like using socks to sew stuffed animals, we have more free sock animals sewing patterns and tutorials for you to sew.

HOW TO SEW SOCK SHARK, SOLO

Sock shark Solo and sock narwhal Nadir, the twin sea creatures in Craft Passion. Both of them share the same body and fins template, with some changes from the design of the sock narwhal, I created this sock shark. Look at them swimming together in the sea in peace and harmony. 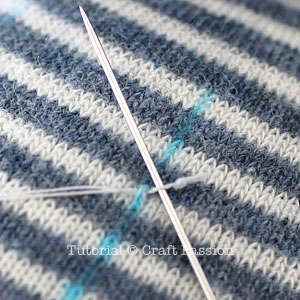 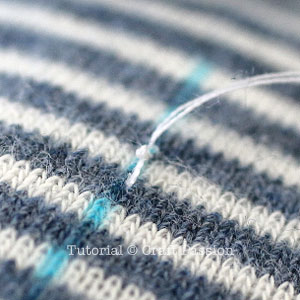 Get the full article at https://www.craftpassion.com/sock-shark/

Excited to find a whale with a horn (narwhal) design. This looks easy enough even for me...not a good sewist but learning.

Adorable shark! I have not made a softie in around 2 years. My granddaughter was fascinated with piranha so I made her one. So I think most of my grandchildren would really enjoy this shark. Thank you for the free pattern.

Thank you, Joanne for the free tutorials on your blog.

You are most welcome, hope you enjoy making them.

So, my sharks don't look as neat as your adorable blue guy there, but I love them! I am starting to make them as birthday presents for friends and family. Need a quick present? Sock Shark. Didn't have time to order something from amazon? Sock Shark. Don't have the money to spend? Sock Shark. Only problem is, I'm gonna keep them all to myself, cause they're so freaking cute!

I am excited to try the shark, is this pattern true to size or do I have to redraw it on 2" graph paper. When I printed it out it says check your printing scales. And it has a 2" scale at the bottom of the page. I am not good with computers so HELP me.

The template is through to size only if you didn't scale the printing, so make sure to check your print setting at your computer that it is not scaled. After you have printed it out, use a ruler to measure the 2" scale to counter check if you have printed it in the correct size.