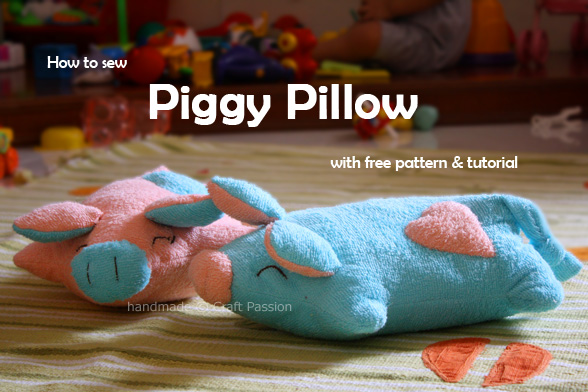 As promised, I have completed the tutorial and the sewing pattern for the “Be My Valentine – Piggy Pillow”, which was published 3 weeks ago. This time I made a pair of BMV Piggy Pillow for my kids, they love it.

You may not be able to do it in time for this Valentine but as I said, if you have love in you, every day is Valentine. I hope you sew the Piggy Pillow for your loved ones no matter if it is Feb 14. 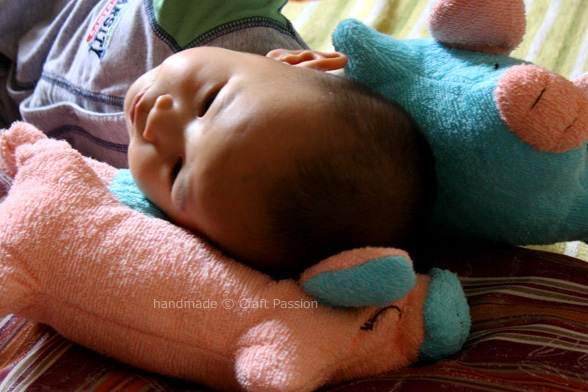 Besides as a pillow, you can use this sewing pattern to make into other things, for example, pin cushion, smaller softy as a gift, or a piggy backpack for little children. Just change the size by reducing or enlarging and modify it to fit into your design. You can even put a magnet on the nose to make them kissing each other, remember to reverse the polarity so that they attract each other (Thanks to Jackie who left a comment to suggest this). Be creative, the upshot is endless!!! Love it 🙂 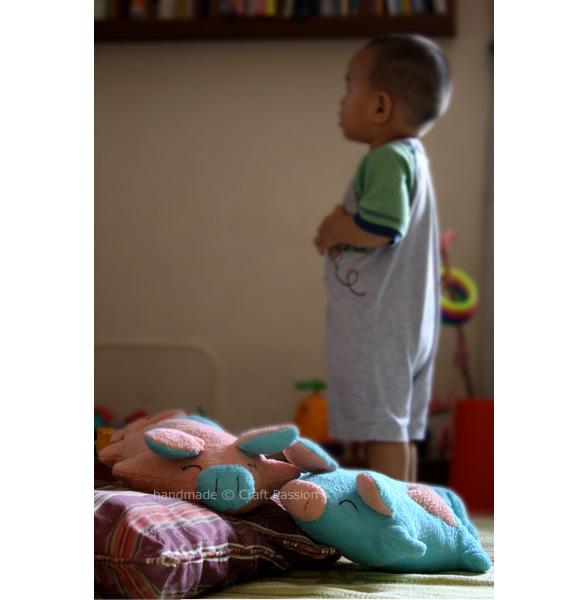 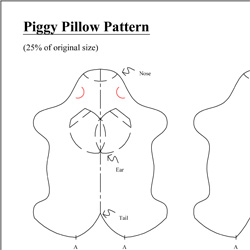 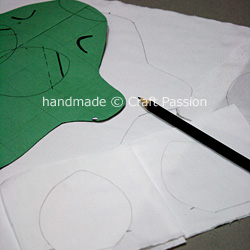 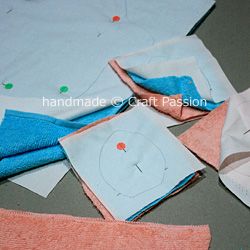 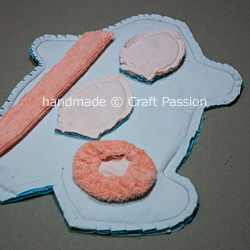 Sew it up on the sewing line, it can be from a sewing machine or hand stitching.
Trim out the shape with about 1/4″ seam allowance (nose – 3/4″).
For the body, sew from point A to A, and for ear, sew from Point B to B, leave an opening for turning the work inside out.
Clip near the sewing line about 1/2″ next to each other, so that the curve is smooth after turning inside out.
Sew the border of the nose with the largest pitch of stitches. Pull the thread as shown so that it gathers and shrinks to the size of the dashed line of the pattern.
Look at the pink tail, I later changed it to blue as it looks better with the same color. 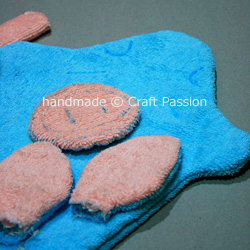 Turn body, ear, and tail inside out.
Trace the position of the eyes and ears on the body, nostril for the nose. Flip over the body and trace the bottom sewing line. 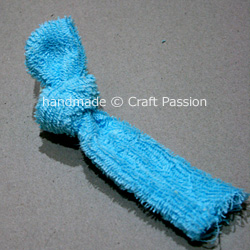 Tie a knot at the tip of the tail as shown, mark a length of 4″ from the tip. 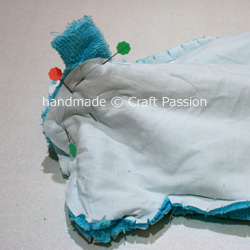 Turn the body outside in and position the tail on the top part of the body.
Stitch up the opening only on the top part.
Slit a bigger opening at the bottom to the newly traced line.
Turn the piggy inside out again. 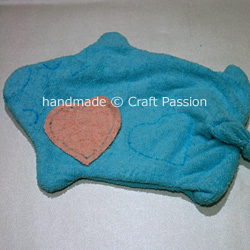 Embellish the body with a heart. Slip stitch it into position. Stuff some poly-fill before complete the sewing. 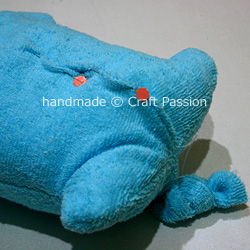 Stuff the piggy with poly-fill to the fullness you prefer.
Hand stitches up the bottom opening by using whip stitch. 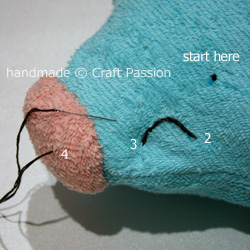 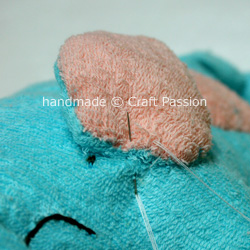 Sew the ears on. Cover up the knots of the brown or black floss on the embroideries. 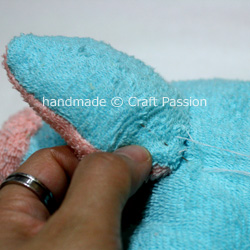 Fold the ear toward the nose and stitch the whole stretch especially both ends to secure it. 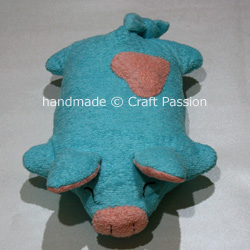 Mission completion!!!! Hope you like the Piggy Pillow as much as I do 🙂

“Be My Valentine” Piggy Pillows

A few months ago, I received happy news from my childhood best friend that she was expecting twins (a girl and a boy). I was so excited over the good
Continue Reading 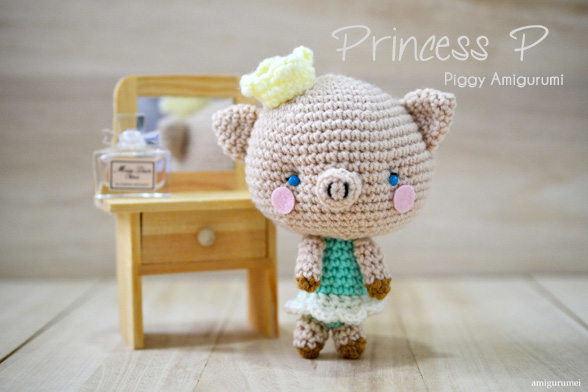 After about a 3-month break from Mei Li of AmiguruMei, she is back to contribute another super cute amigurumi pattern, the Piggy Amigurumi called Princess P (P for Peanut). Princess
Continue Reading 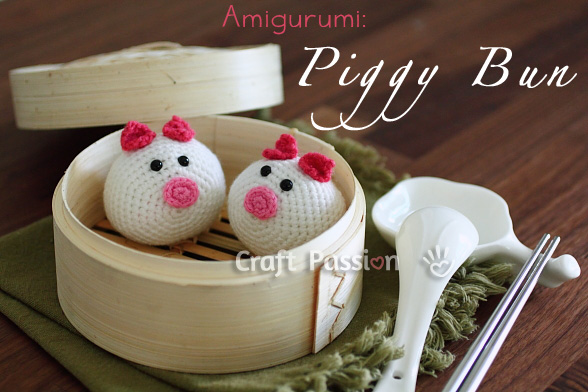 The story of these piggy bun amigurumi began in October ….. It was supposed to be a challenge between my friend (Margaret) and I, where each of us needs to
Continue Reading 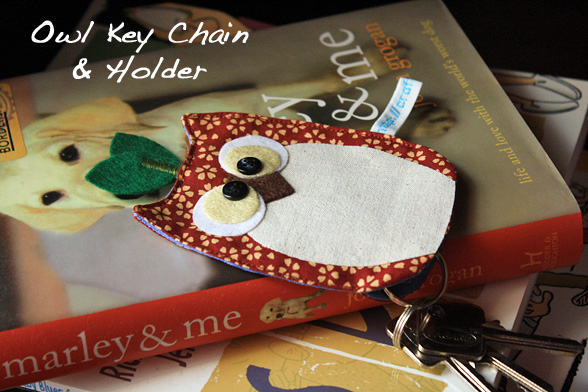 This Owl Key Pouch / Holder is a great idea to sew as a gift for friends & relatives in any occasion. The used of contrasting color for the lining
Continue Reading 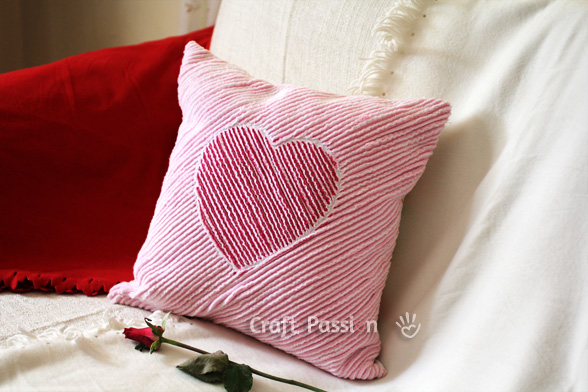 Why wait till February 14th, we can make every day as romantic as Valentine’s Day. I designed and sewed a heart Chenille Valentine Pillow for my living room and couch.
Continue Reading 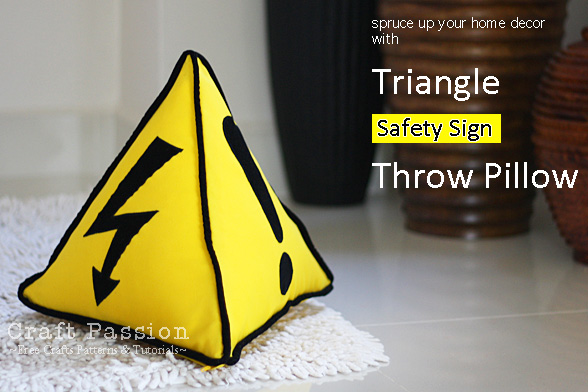 Free crochet pattern of cute and huggable-size Turkey Amigurumi, named Tutt, that you can crochet by following the instructions and written pattern. An absolutely perfect gift for Thanksgiving and to anyone who loves turkey.